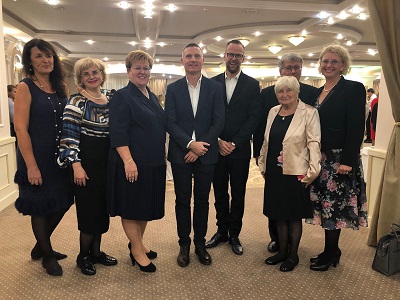 Our Chairwoman Silke Mader attended the Ukrainian Neonatal Congress in Kyiv speaking about EFCNI and the European Standards of Care for Newborn Health project. The atmosphere at the congress was filled with emotions and positive vibes. The attendees were excited about Silke Maders’ speech and she received an overwhelming applause. In the evening the organizers handed over a doll to Silke Mader which was also a remarkable and touching moment.

A big thank you goes to Professor Znamenska for the invitation and for the great support on implementation of the European Standards of Care of Newborn Health in the Ukraine.